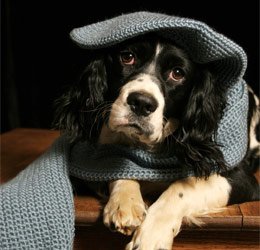 Laughter liberates the Spirit. Humor can bring a lesson home in a way that may otherwise be defended. It can help breakup a mental pattern with a flash of insight. The following are some humorous ways to hear the truth. In acceptance of the truth, limiting beliefs can be released and wholeness re-claimed.

Issue: Insistence on being right
“Here lies the body of William Jay who died while maintaining his right-of-way. He was right, dead right as he sped along. But, he’s just as dead as if he were wrong.” – printed in the Boston Transcript.

Issue: Recovery
“Re-covery is the problem. We covered them up already, why re-cover them. What we need is un-covery.”
Swami Beyondananda

Issue: Allowing sexual desire to rule a man’s thinking
A man is asked why he named his penis? “I want to be on a first-name basis with the guy
who makes 95% of my decisions.”
– Author unknown

Issue: Taking responsibility
Few take responsibility themselves until they have exhausted every other possibility.
– Author unknown

Issue: Unreasonable expectations
Nothing is impossible for the person who doesn’t have to do it for him or herself.
– Author unknown

Issue: Feeling overwhelmed
“I know God will not give me anything I can’t handle.
I just wish He didn’t trust me so much.”
– Mother Theresa

Issue: Getting angry at the reflection
Chogyam Trungpa, a Tibetan Buddhist teacher, was told by a participant at a retreat “I’m very angry with you.” With a characteristic twinkle he replied, “That’s like being angry at the mirror for being fat.”
– Cited in Grace Unfolding by Johanson and Kurtz

Issue: False and magical power
A man walks into a psychiatrist’s office snapping his fingers. The doctor asks why he is doing this? “To keep the tigers away,” responds the man. “But there are no tigers in New York City,” says the doctor. Where upon the man replies, “Effective, isn’t it!”
– Author unknown


Issue: Forgiveness (of a sort)
“Always forgive your enemies — nothing annoys them so much.”
– Oscar Wilde

Issue: Is it me, or what?
Song title: “I’m so miserable without you. It’s almost like having you here.”

Issue: Creatorship vs victimization
Life is a game. It’s your move!
– Rick Moss

Issue: Healing
Q. How many healers does it take to change a light bulb?
A. Just one, but the light bulb really has to want to change!

Issue: Egoic communication
“He [read as the ego] can compress the most words into the smallest idea of any man I ever met.”
Abraham Lincoln (ibid)

Issue: The fruits of judgment
“Can you describe your assailant?”, asked the officer as he helped the bruised and battered man get up. “Sure,” the man replied, that’s what I was doing when he hit me.”
Author unknown (Cited in On Course Magazine, issue 226)

With 30+ years experience, Dr. Moss has used his intuitive ability to help thousands of people clear out the past and create a purposeful and passionate life.

No products in the cart.

Thank You for your interest in Reading a Sample from Drops of Wisdom.  The sample currently includes the first chapter and the introductory pages that precede it.

As with the other chapters, it also includes practical insight into how Rick has incorporated these principles in his practice, self-inquiry questions, and a multitude of quotes from the greatest Spiritual Thinkers that help to underscore this Drop of Wisdom.